Protesters in Germany demand an end to cheap supermarket meat

The rallies follow the release of a report by the environmental organization on Friday claiming that 88% of meat in German supermarkets comes from non-environmentally-friendly origins and from animals kept in painful and often illegal conditions.

1 is the lowest possible legal rating of animal containment, with animals often kept in poor or tight conditions, while 4 indicates a "premium" level of animal care. 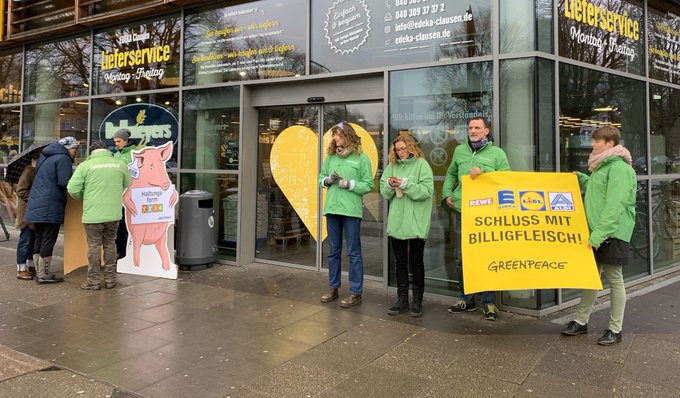 30 people are talking about this

Protesters have now taken to the streets to inform shoppers about the poor quality of meat in German supermarkets. The 1 to 4 designation system has been criticized by activists.

"This designation is an important step, but it is not enough to ensure adequate animal protection," Greenpeace agriculture expert Stephanie Töwe told the DPA news agency.

"Cheap meat damages the environment, the climate and health," she added. "Businesses simply have to take this meat off the shelves."

Following protests by farmers in Germany over the last few months, several German politicians have called for greater provisions for local, high-quality meat production in Germany.