Arsenal manager Mikel Arteta has said he has no news on Dani Ceballos' touted return to Real Madrid, instead saying the player must get fit and fight for his place in the Gunners side.

Brought in from the Spanish giants on loan in the summer, Ceballos is yet to make an appearance under Arteta as he recovers from injury, and speculation has been rife over the past few days that he ?wants to end his loan spell early and return to Madrid.

The feeling from ?Arsenal, however, is that they are ?keen to keep hold of the Spaniard, with the club evidently not keen to weaken the squad further amid what is a testing period in Arteta's early days in charge. 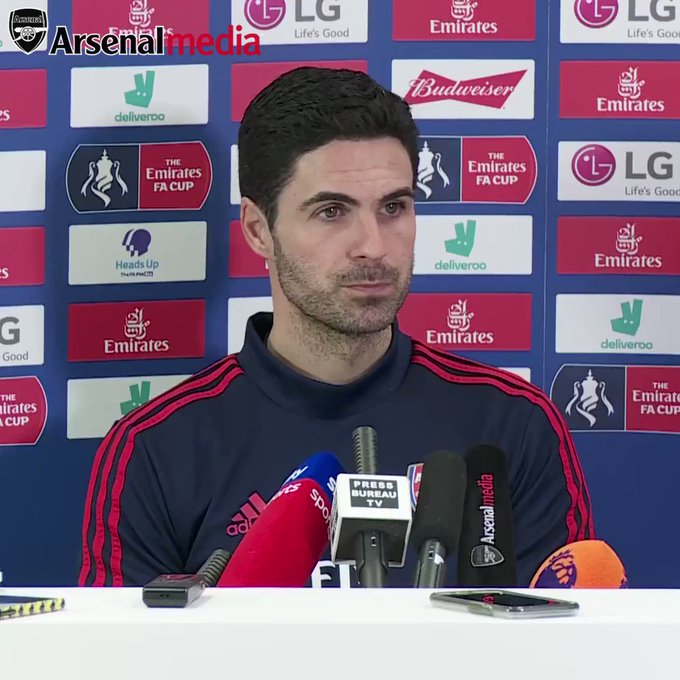 406 people are talking about this

That sentiment has been echoed by Arteta, speaking ahead of Sunday's FA Cup trip to Bournemouth, who admits he has spoken to the player the speculation - but urged Ceballos to focus on making the most of his time in England.

"I had a conversation with Dani," he said, as quoted by ?Football London. "I heard about these things but I have nothing to comment.

"He needs to get back to fitness and fight for a place."

The manager was also pressed to discuss links with Shakhtar Donetsk defender Mykola Matviyenko, for whom the Gunners are said to be ?working on an initial loan bid in order to get around the Ukrainian side's £30m asking price.

Mr Russo@RussoTMarket Arsenal are in advanced negotiations with Atletico Madrid to sign Thomas Lemar. Also #AFC in serious contacts with the reps of Mykola Matviyenko' as they offered Shakhtar 6-month loan with an obligation to buy him next summer for £22m. Not sure if #AFC gonna sign both players. 7818:10 AM - Jan 24, 2020Twitter Ads info and privacy

168 people are talking about this

If you're looking for news on that one, or any other transfer for that matter, however, you might have to wait a little longer. The manager was not interested in discussing the specifics, while admitting that overall he is still on the fence about potential January signings.

"I'm not going to be discussing any links publicly," he went on.

"It's true that at the back we've been short but there are other positions. At the moment I am 50-50 [on anyone coming in.]"

DHS to halt fingerprint requirement for spouses of immigrant workers