The Communications Director of the National Democratic Congress (NDC), Sammy Gyamfi has disclosed that he won't be cowed into silence by the Akufo-Addo government.

The NDC spokesperson said his arrest yesterday by the Bureau of National Investigations (BNI) will not intimidate him.

Speaking to supporters of the opposition NDC at the premises of the Police headquarters after his release, the lawyer said: ” Some of us cannot be cowed by these things. And I want to assure you that this will not intimidate me”.

The police obtained warrants from the Court to arrest and interrogate the NDC Communicator, for his alleged involvement in forgery and attempts to spread false information to cause fear and panic in the country of kidnapping and causing unlawful damage. 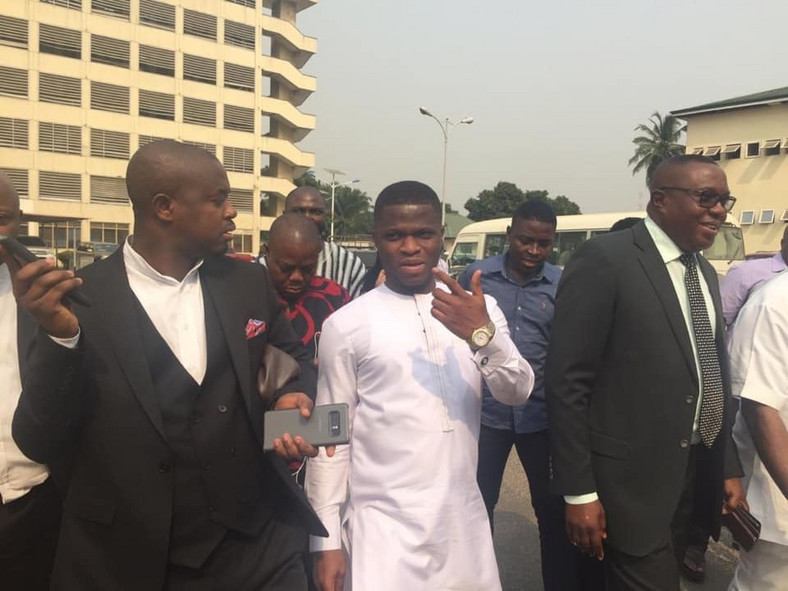 It will be recalled that Sammy Gyamfi was invited by the Cyber-crime Unit of the Criminal Investigation Department (CID) of the Ghana Police Service but failed to honour the invitation.

Lawyer for the NDC Communications Officer expressed his dissatisfaction with the arrest.

However, Mr. Gyamfi declined the invitation by the CID and later through his lawyers sued to stop the police from examining his phone records and gaining access to his Facebook account