The US has declared a public health emergency over the spread of the coronavirus and said it would deny entry to any foreign nationals who have visited China in the past two weeks.

US citizens returning from Hubei province, where the outbreak started, will be quarantined for 14 days.

Almost 12,000 cases of the new virus have been confirmed, most of them in China, since it emerged in December.

More than 100 cases have been reported outside China, in 22 countries.

Earlier, it emerged that the number of new coronavirus cases worldwide had overtaken that of the Sars epidemic, which spread to more than two dozen countries in 2003.

There were around 8,100 cases of Sars - severe acute respiratory syndrome - during the eight-month outbreak. In total, 774 people were killed by Sars.

On Thursday, the World Health Organization (WHO) declared a global health emergency over the new virus.

What has the US said?

In a public statement on Friday, US Health Secretary Alex Azar said US citizens returning from Hubei province would face 14 days of quarantine while those returning from other parts of China would be allowed to monitor their own condition for a similar period.

"Following the World Health Organization decision, I have today declared that the coronavirus represents a public health emergency in the United States," he told reporters. 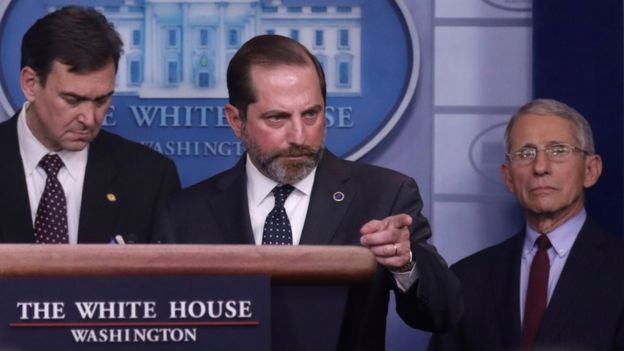 Citing the need to relieve pressure on authorities, he said that foreign nationals who had travelled in China in the past 14 days would be denied entry to the US.

"The risk of infection for Americans remains low and with these, and our previous, actions we are working to keep the risk low," he added.

Another confirmed case in the US on Friday - in California - brought the number there to seven. Robert Redfield, director of the Centers for Disease Control and Prevention, said 191 people were under observation for the disease.

The US announcement came as other countries around the world scrambled to contain the spread of the new virus, 2019-nCov.

On Saturday, Australia said it would refuse entry to all non-citizens arriving from China. Australian nationals coming from the country would be quarantined for two weeks, Prime Minister Scott Morrison said.

Also on Saturday, more than 300 Indians arrived in Delhi after being evacuated from Wuhan. Most of the evacuees were students who will be quarantined.

The UK, South Korea, Singapore and New Zealand are all expected to quarantine evacuees for two weeks to monitor them for symptoms and avoid contagion.

On Friday, the UK confirmed its first two cases. of the virus. 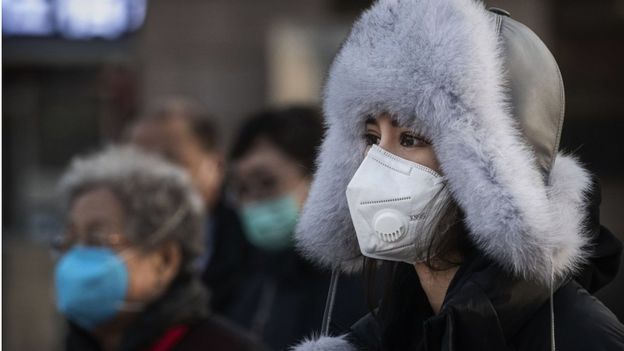 Estimates by the University of Hong Kong suggest the true total number of cases could be far higher than official figures suggest. Based on mathematical models of the outbreak, experts there say more than 75,000 people may have been infected in the city of Wuhan alone, where the virus first emerged.

Most cases outside China involve people who have been to Wuhan. But Germany, Japan, Vietnam, the US, Thailand and South Korea have reported person-to-person cases - patients being infected by people who had travelled to China.

WHO spokesman Chris Lindmeier warned that closing borders could in fact accelerate its spread, with travellers entering countries unofficially.

"As we know from other scenarios, be it Ebola or other cases, whenever people want to travel, they will. And if the official paths are not opened, they will find unofficial paths," he said.

He said the best way to track the virus was at official border crossings. 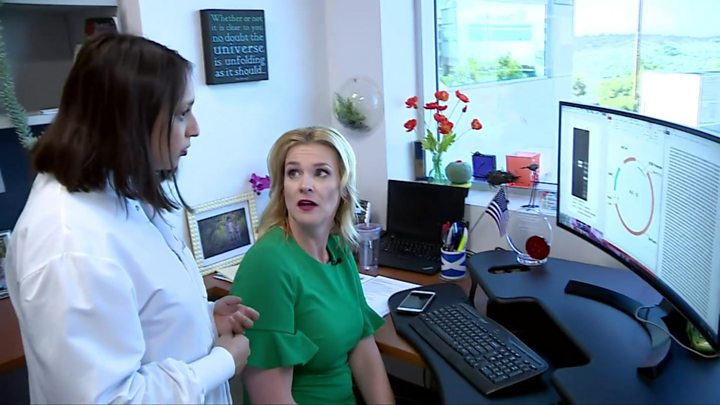 Sweden confirmed its first case - a woman in her 20s who arrived in the country on 24 January after visiting the Wuhan areaRussia said two Chinese citizens had been placed in isolation after they tested positive for the virusSingapore closed its borders to all travellers from ChinaGermany confirmed its seventh case - a man from a company in Bavaria where five other workers have tested positiveItaly declared a six-month state of emergency after two Chinese tourists in Rome were diagnosed with the coronavirusThailand confirmed its first case of human-to-human transmissionMongolia suspended all arrivals from China until 2 March. It also banned its citizens from travelling to the countryJapan raised its infectious disease advisory level for ChinaSome 250 French nationals were evacuated from WuhanIsrael barred all flight connections with ChinaGuatemala announced new travel restrictions, saying anyone who had been to China in the past 15 days would be prevented from reaching the country 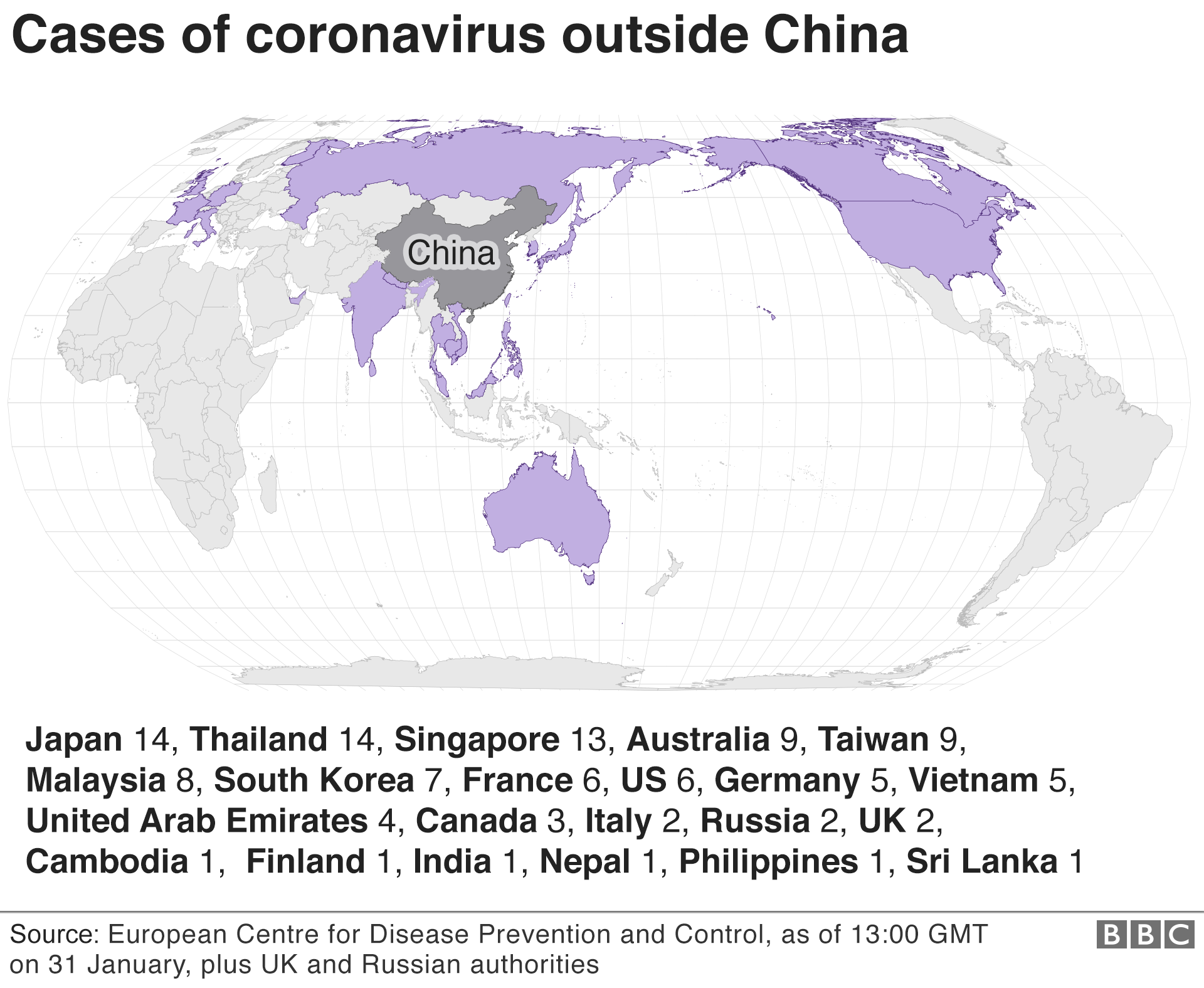 How is China handling this?

A confirmed case in Tibet means the virus has now reached every region in mainland China.

The central province of Hubei, with a population of nearly 60 million people and where nearly all deaths have occurred, is in a state of lockdown.

Wuhan has effectively been sealed off and China has put numerous transport restrictions in place to curb the spread of the virus. People who have been in Hubei are also being told to work from home.

China has said it will send charter planes to bring back Hubei residents who are overseas "as soon as possible". A foreign ministry spokesman said this was because of the "practical difficulties" Chinese citizens had faced abroad.

Tianjin has also ordered all schools and non-essential companies to remain closed until further notice. The northern Chinese city, which is near Beijing, has a population of about 15 million and has had 32 confirmed cases of the coronavirus.

The virus is affecting China's economy, the world's second-largest, with a growing number of countries advising their citizens to avoid all non-essential travel to the country.