Believe it or not, Despite’s son, Kennedy Osei Asante is currently one man who is gaining a lot of followers on his various social media pages, especially Instagram following his lavish white wedding with Tracy Ameyaw, now Tracy Osei Asante over the weekend.

Even though he had just a little over 30k followers on Instagram prior to the display of wealth during the various stages of his marriage ceremony, he has over 55k today.

A quick check zionfelix.net did through his follower’s list today confirms that most of the top female personalities in the media space and the entertainment industry have quickly followed him.

Already, the likes of Nana Aba Anamoah, Victoria Lebene, Afia Schwar Serwaa Amihere, Sista Afia, Symply Tacha (Nigeria) and a host of others have hurriedly followed him on his private gram. The list is expected to grow as the weeks go by.

Just as the bible stipulates in the book of Proverbs that wealth has many but the poor is left alone, even by those who were close to him/her and as such, it is not a surprise, this latest development on Kennedy Osei Asante’s Instagram page.

Check the screenshots below. 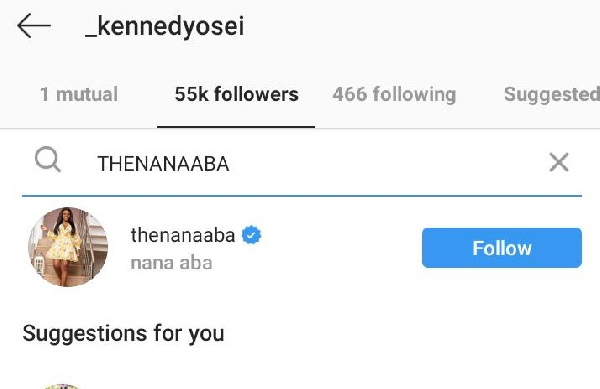 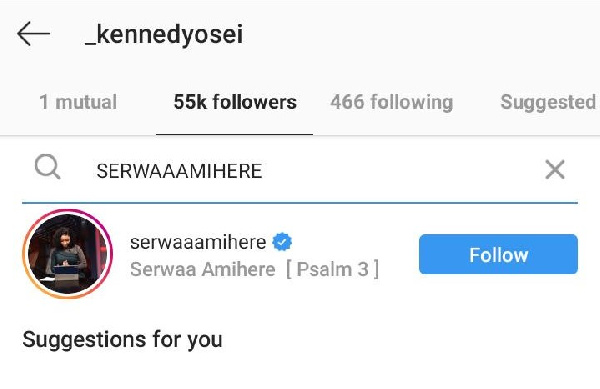 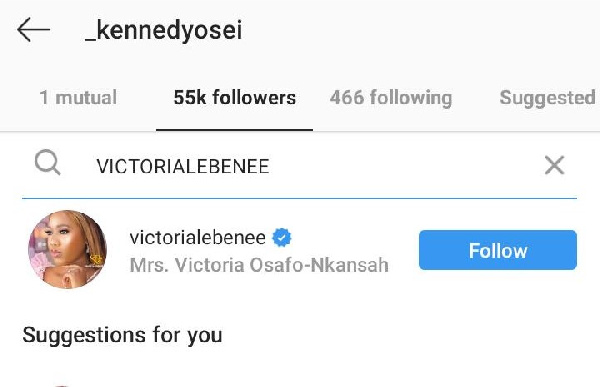 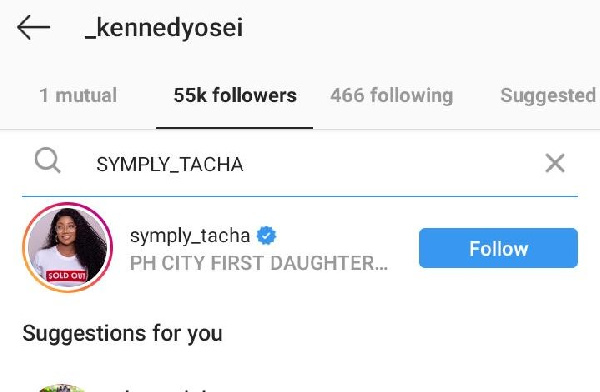 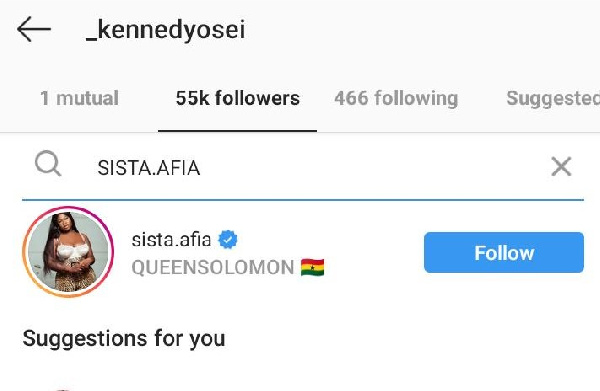